Ten popular clips of the 80s

Over the past few decades, MTV has been a trendsetter in music fashion, dictating the mainstream in both music and video clips for various hits. A poll was conducted among readers: what clip of the 80s would they classify as a cult?

Before revealing the veil of secrecy and announcing the choice of the public, let's delve into the distant 80s ... Looking back, we see this era as something extremely ridiculous, which has its own reasons. Recall at least these strange tousled hairstyles that once dominated fashion circles. And the colorful outfits “a la parrot colors”? In general, it is difficult to confuse the 80s with another period. The special effects, camera work and editing alone fully capture the spirit and character of this decade!

Despite all the absurdity of the eighties, it was this period that largely determined the fate and further development of the music industry: the pop scene was finally formed, genres were clearly outlined. Simply put, the image of a true pop idol has been laid down for many years, including today. But back to clips. In what other decade were such amazing masterpieces filmed? Videos imbued with romanticism and humor, each frame of which is a perfect choreography, meticulous camera work, bright special effects and a creative idea for the plot. The eighties are, first of all, incendiary singles and driving rhythms! So let's plunge into the world of beautiful music and enjoy the best, according to Fuzz Music magazine, clips of that era! Go!

The sister of the famous pop king, even without a connection with a talented brother, can rightly be called the princess of pop, and the incendiary video for the single "Rhythm Nation" once again confirms this! The clipmaker, by the way, was Dominic Sena. Beautiful dance rhythms to driving music are the features of the Jacksons' signature choreography. Janet manages to dance brilliantly even in an abandoned factory in a strict militaristic suit! And you should think that the clip is coming to an end - tadam! Finally, the beauty pleases us with another bright dance scene!

Many music connoisseurs believe that there is no better video than Radiohead's video for "Street Spirit (Fade Out)", which received an incredible amount of praise for its flawless camera work, lighting and sophisticated black and white filming style. But this is debatable. Filmed with the assistance of Godley and Krim, the video for the song "Every Breath You Take" by The Police was released much earlier, but very quickly entered the top lists of video clips of all time. By the way, it was for this work that cinematographer Daniel Pearl received his first MTV Video Music Awards. 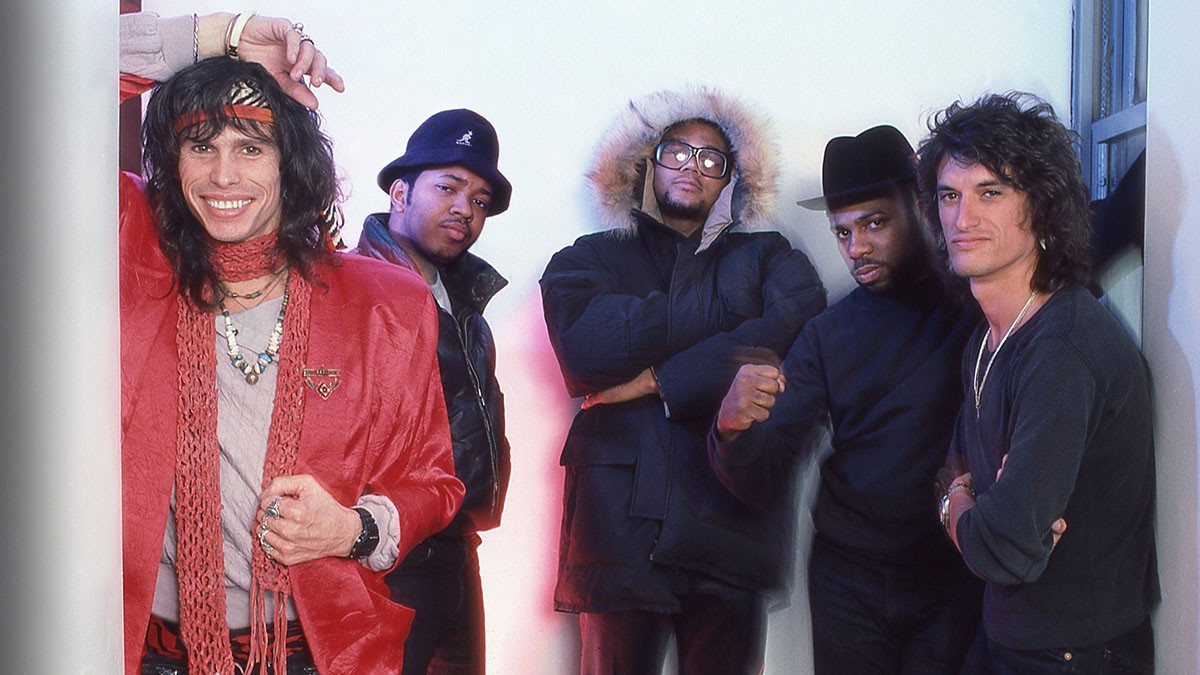 This masterpiece can be described as "mixed eighties". Featured in the video, rap duo Run-DMC and their rock 'n' roll counterparts Aerosmith are seen as icons in their own genre. The idea of director John Small is as follows: at the beginning of the video, the teams are behind a plasterboard wall that separates them from each other on the musical battlefield. Subsequently, everyone ends up on the same stage, but their seemingly different sound creates something truly unique. The video is especially interesting because it was the first rap video that received wide rotation on MTV.

The video for the song "Hungry Like The Wolf" by Duran Duran is more like an exciting blockbuster. And the bottom line is this: director Russell Mulcay, reflected in his work the plot of one of the most inspiring, in his opinion, films - "Indiana Jones: Raiders of the Lost Ark." An intriguing story unfolds before the audience: the group got lost on the exotic island of Sri Lanka, every meter of which is a continuous wild jungle. An obscure but dynamic denouement makes watching the video really a breeze. It is interesting that this work is one of the few cases when a clip makes a hit, and not vice versa. Only after the release of the music video, the single "Hungry Like The Wolf" received recognition and popularity.

At one time, this video broke records for the frequency of broadcasts, and, in general, does not give up its positions to this day. This work is one of the rare musical creations that won nine MTV Video Music Awards at once. Until now, this record has not been surpassed by any of the clips, including Lady Gaga's replicated "Bad Romance". Sledgehammer director Stephen R. Johnson should be given his due: the clip includes a close-up of Gabriel's face, stop-motion technique, plasticine animation, dancing chicken carcasses, and faces made up of fruits and vegetables ... In general, the work turned out to fame - juicy, creative and bright. No wonder the video was recognized as the "Best Video of the Year".

The album "Purple Rain", released in 1984 by the legend of funk, can rightly be called a bomb! It was with this work that the loud hit "When Doves Cry" came out, which reigned at the top of the charts for five weeks in a row and was awarded the title of "the most successful single of the year." Rumor has it that it took Prince only one night to write the track, but be that as it may, the result was impressive! The single literally “shot”, and the clip was played non-stop on MTV. True, the work was once at the center of a scandal: initially the video was considered too frank because of the first scenes in the bathroom.

How did the debut track of an unpromoted pop group from Norway suddenly top all the world charts, including the list of the most influential music publication - FuzzMusic Hot 200? No magic, just a flawlessly captured captivating clip. The video is still recognized by critics as the most original thing ever released. Director Steve Barron came up with the most concise, but at the same time elegant plot: the main character is an unremarkable girl who loves to read comics, on the pages of which a romantic character once appears, inviting you to go on exciting adventures full of danger. The ending of the video is very warm and touching. In general, a really great thing, which, by the way, won six MTV Video Music Awards!

If you think that the scene of the 80s did not see performers like Madonna, then you are deeply mistaken! They were, and Cyndi Lauper is proof of that! Moreover, this girl was a serious competitor to Madonna, not only in music, but also in the clip show business. What is her sensational single “Girls Just Wanna Have Fun” worth. The song was one of the biggest hits of the eighties, and the video directed by Edd Griles was one of the most influential. First of all, the audience liked the image of the singer: a crazy hairstyle, bright outfits and bold makeup - a true gem of the then fashion. We seasoned the composition with topical issues that Cindy voiced from millions of television screens, and - a bomb hit is ready!

And here we come to Her Majesty the Queen of Pop Madonna. For many decades now, this eminent lady has dominated the pop scene, delighting fans with rhythmic singles and bright clips. Speaking of the latter, it is impossible not to mention the work shot by Mary Lambert - "Like A Prayer". How much hype this video caused: scandals, gossip, protests and even real reviews! The experts wrote a number of works, in which each of them interpreted the symbolism of the clip in their own way. Meanwhile, a sad love story unfolds there. And what is this, you ask? The fact is that in the plot about love, the religious context will be affected. Be that as it may, it was the video for "Like A Prayer" that gave a new impetus to the singer's career: after the release of the scandalous video, Madonna became not just a pop singer, but a successful business woman who brilliantly sells music content.

It is unlikely that anyone will object to the candidate who won the pedestal in this top. The video clip for Michael Jackson's song "Thriller" has long settled on the leading lines of the lists of the best music videos of all time. So far, no one, even a super-talented musician, has ever won such a stunning success. No wonder Jackson forever entered the world musical history as the true king of the pop scene. Half a million dollars was invested in the clip, and this is a cosmic amount both in those times and in the present! Directed by John Landis. All the costs and efforts paid off with interest: the video created a lot of noise and attracted the attention of the general public and the media. The clip "Thriller" can rightly be called a true classic.

"Didn't want to, but became part of the story" - Abbey Road cover man

Paul Cole is the man on the cover of Abbey Road: History and Facts It's been over half a century since the Beatles released their masterpiece "Abbey...
To learn more

Simon Le Bon - interesting facts about the vocalist of Duran Duran Few bands have been as influential as Duran Duran in the 1980s. The British kings of the new wave...
To learn more
Related Articles
Albums

The woman on the cover of the Black Sabbath album - who is she: history and facts The 1970 release of Black Sabbath's debut album changed the music industry forever. This...
Rap & Hip-Hop

Yung Lean - popularity, songs, biography of the musician. What is behind the success of world stars - quality production, talent or something else? Then how do you explain the fact that...
Musicians

The greatest and best pop singers in the history of music Music history is rich and varied in terms of its faces. It knows many high-profile names that have stood as...
Musicians

Jain (Jane) - All about the musician: biography and interesting facts

Melancholic Romantic Romanov: all about the leader of the Resurrection group

Top rock vocalists with the strongest voice in history