He passed away at the age of 76, leaving us a legacy far more valuable and great than it might seem at first glance. Today's selection is dedicated to some of his best songs - a tribute to the legendary rock star.

Dan McCafferty and his best songs

Dan McCafferty - legend of the Scottish rock band Nazareth and one of the most recognizable voices of classic rock. Born in Dunfermlin in 1946, the man was famous for his squeaky vocals with their trademark huskiness, his distinct charisma and his natural talent, which consisted not only in the manner of performance, but also in the interaction with the audience... He was a star, although his name was often overlooked by music lovers. This was largely due to the fact that at first Nazareth performed covers. But what kind of...

Nazareth formed in 1968, but the main members - McCafferty, Pete Agnew, Manny Charlton, and Darel Sweet - had already gained experience in a cover band called The Shadetteswhich became famous because its members wore matching yellow suits and performed at venues near Dunfermlin in the mid-'60s. Actually, the story of how Dan joined the band is pretty funny! The singer himself talked about it:

"I was the roadie of the band. When one of their singers decided he was leaving on concert day, the guys decided to give me a chance. It was a random intro with no rehearsal. The yellow suit of the guy who left almost fit me."

At first, Nazareth made a name for itself by performing covers of popular hits. However, by the early 70's they got tired of interpretations and decided to pursue a career as an independent rock band. To do this, they moved to London, where after a while they signed a contract with Pegasus Records.

Their first two albums weren't in great demand, but they sold well enough for the guys to go on a U.S. tour with rock giants deep purple. The band's bassist Roger Glover was a fan and agreed to produce their next album, 1973's RazAmaNaz. 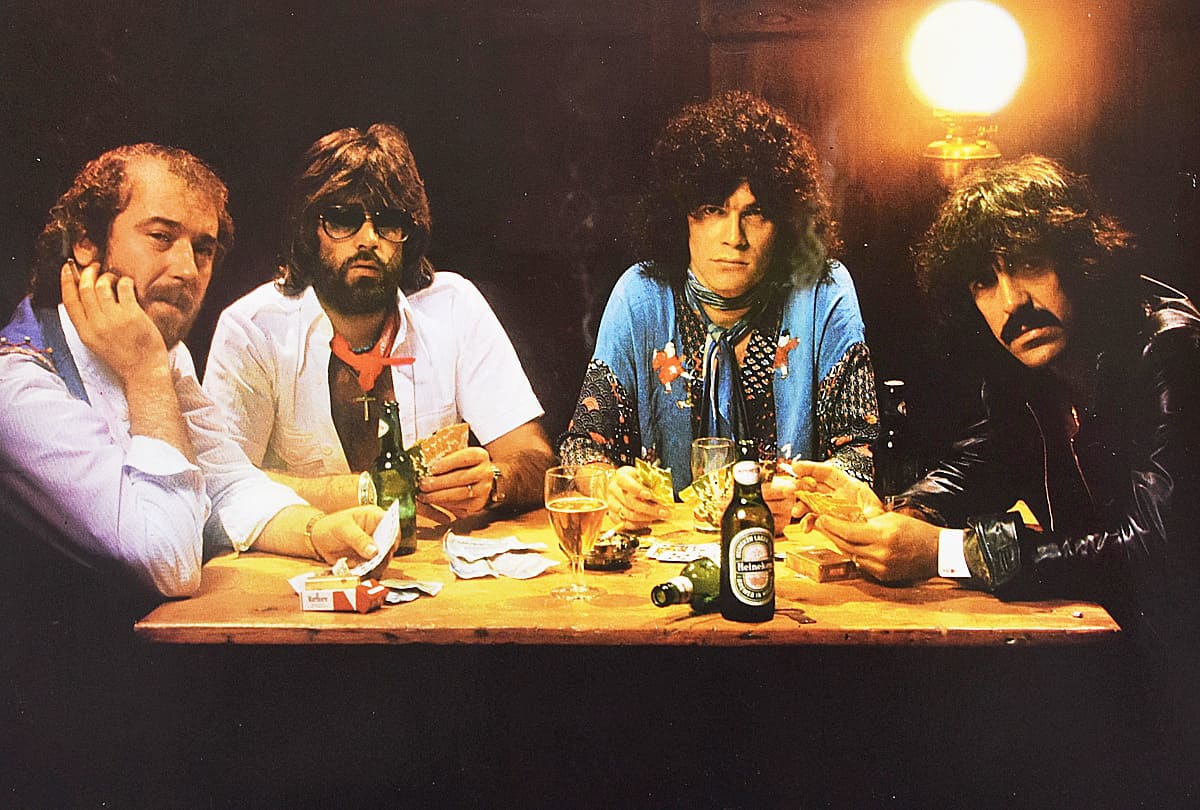 Nazareth may not have become a household name in classic rock like Deep Purple or Led Zeppelin, but they have certainly earned their place in the annals of history. Dan McCafferty, their voice and soul, remained in the ranks until 2014! Unfortunately, he had to leave because of chronic obstructive pulmonary disease. In his later interviews he confessed:

"I can't sing on tour anymore like I used to. I guess if you can't do the job, you really shouldn't take it. I'm sad about that, but I just can't sing a whole set live anymore."

From time to time, however, McCafferty appeared in the studio, but not on stage. And so, November 8, 2022 He passed away at the age of 76, leaving us a legacy far more valuable and great than it might seem at first glance. Today's selection is dedicated to some of his best songs - a tribute to the legendary rock star.

One of Nazareth's loudest and most recognizable hits. It's also one of the best romantic songs in the history of classic rock. And what's most remarkable is that it's a cover. The original belongs to the duo of The Everly Brothers, followed by Roy Orbison's interpretation. But it was McCafferty's version that won worldwide popularity...

Nazareth's version has become so popular and influential over the years that few listeners today know that it not the original. It doesn't matter, though, because the composition sounds delightful!

«Hair of the Dog»

A classy track from an equally classy of the album of the same name - the most commercially successful of Nazareth's career! The influence of the record was so great that many years later the top music magazines would include it in the top "100 best rock albums of all time".

McCafferty's vocals in «Hair of the Dog» sounds amazing. I think this guy was made for rock...

"Animals." - gem of McCafferty's career, which was also the opening track on the album "Snakes 'n' Ladders". The record was released in the late 1980s, and by that time the band had already released almost two dozen albums!

"Snakes 'n' Ladders" became latest albumrecorded by Nazareth in collaboration with the guitarist Manny Charlton. About this Dan said the following:

"Not the happiest album: Manny leaves shortly afterwards. But "We Are Animals" comes out!

And then there are some more great songs by McCafferty, which we invite you to enjoy. We're sure these songs will be in the hearts of millions of listeners for a long time to come...

"Every Time It Rains"

Previous article
The bouncer from Studio 54, to whom Madonna and the Beastie Boys owe their careers
Next article
What Jimi Hendrix and Neil Young went through to be at Woodstock 1969

Simon Le Bon - interesting facts about the vocalist of Duran Duran Few bands have been as influential as Duran Duran in the 1980s. The British kings of the new wave...
To learn more

Yung Lean - popularity, songs, biography of the musician. What is behind the success of world stars - quality production, talent or something else? Then how do you explain the fact that...
To learn more
Related Articles
Musicians

The greatest and best pop singers in the history of music Music history is rich and varied in terms of its faces. It knows many high-profile names that have stood as...
Musicians

The Tracks That Started Hard Rock - Top of the Best After the legendary "Summer of Love," rock 'n' roll grew more and more confidently and confidently spiked. It seemed that the "soft" era of The Beatles and...
Upload more
Editor's Choice

Nelly Furtado - All about the musician ...

YAV - All about the singer, the new project, the album "YAV"

Dolores O'Riordan: biography of the singer (The Cranberries)