The song "Bohemian Rhapsody" is still perceived as the legendary work of Freddie Mercury and Queen. This song is amazing in every sense, and it is spoken of as one of the most magnetic and important in the musical history of rock. For decades, fans have been trying to understand the essence of the text, and critics have expressed admiration for genre synthesis - a unique feature of the composition that distinguishes it from the rest.

Many myths have been created about this song, it excites the brain, prompting again and again to comment on the name, individual excerpts from it, characters and images. Musical history remembers a number of scandals and dizzying breakthroughs. She inspired other rock musicians, lyricists, directors, critics and the widest public involved in art. One way or another, this is a truly great creation, a masterpiece that can and should be studied further.

Here we will not be able to comprehensively cover the scale of the composition, but we will give the most interesting facts about the sensational track.

The history of the creation of "Bohemian Rhapsody" 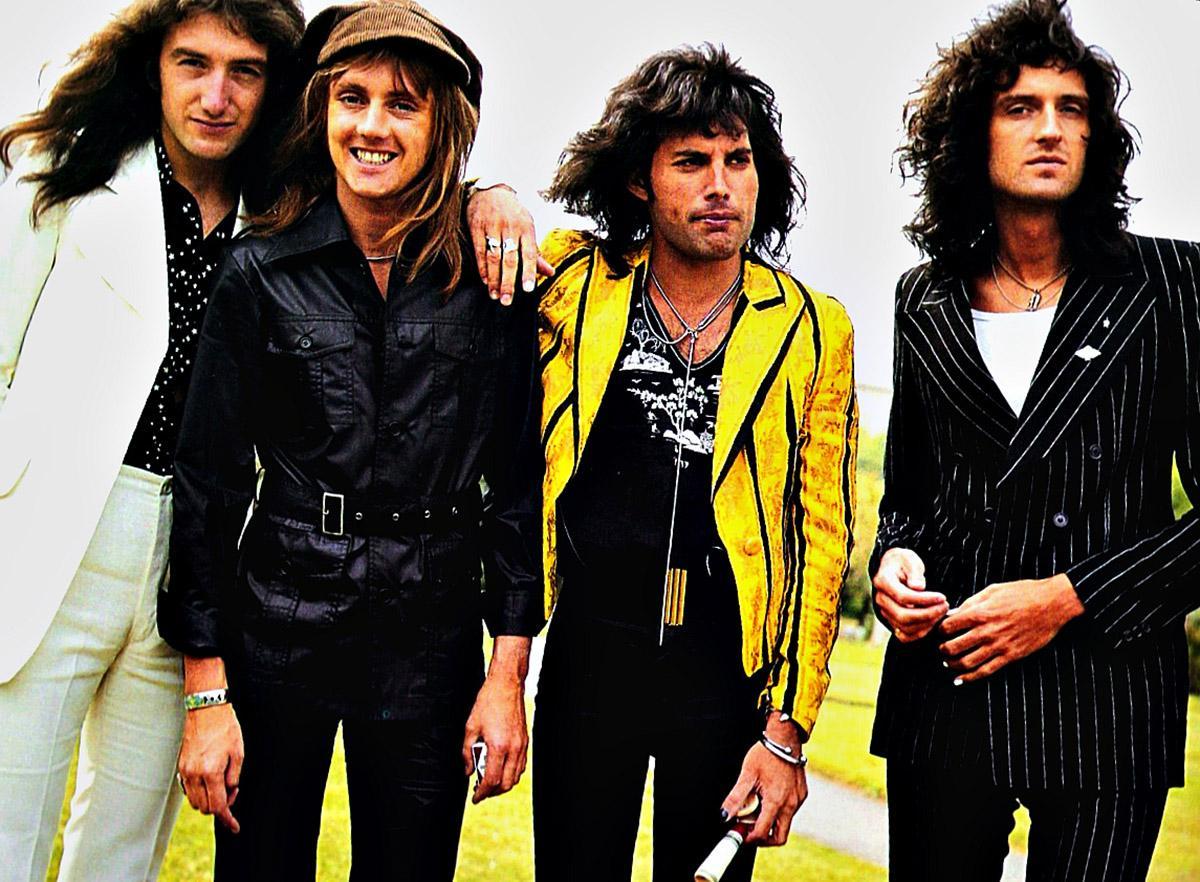 The text and musical accompaniment were created by Mercury in 1975, however, according to the recollections of relatives, drafts and separate studies appeared at the end of the 60s. He wrote on scraps of paper and in telephone directories. And in this creative chaos, it is unlikely that, except for the author himself, someone could figure it out.

He performed the introductory part on the phono, and then, after a pause, added: “But at this point the opera enters!” And we went to lunch...

The authorship of the masterpiece belongs entirely to Mercury. Memoirs of Brian May:

“From the first to the last notes, this is Freddie's creation. He perfectly understood what he needed ... We just helped him.

The author himself spoke rather evasively about the composition:

“Bohemian Rhapsody has its roots. I did some research, but this is an irony and a parody of the operatic genre. And what? I have never claimed that I am a fan of the opera and I know everything about it.”

Mercury avoided commenting on the essence of his songs, giving in this sense the freedom of possible interpretations:

“The composition encourages imagination. Probably, you just need to listen to it, reflect, and then realize for yourself what it is about.

After the death of the leader, the musicians of Queen decided to abandon the interpretations of Bohemian Rhapsody.

“Freddie was not an easy person: frivolous and cheerful in appearance, he masked the insecurity and confusion, which are rooted in childhood. He refused to comment on the lyrics, but I think there's a lot of personal stuff in this song."

And another excerpt from May's interview:

“It is unlikely that we will understand what Bohemian Rhapsody is about, but even if I knew it, it is doubtful that I would tell. It makes no sense to say what the songs are about. Because it's like destroying them. It seems to me that Freddie clearly had the problems that he was talking about ... It's better not to go deep.

To understand the main idea, perhaps, a booklet with a translation and interpretation of the essence of the songs placed in the Greatest Hits, an Iranian edition, will help. It says about the composition that it is about a young man who unwittingly killed someone and sold his soul to the devil. And on the last night before the execution, he turns to the Almighty: "Bismillah", after which the angels help him return his soul. 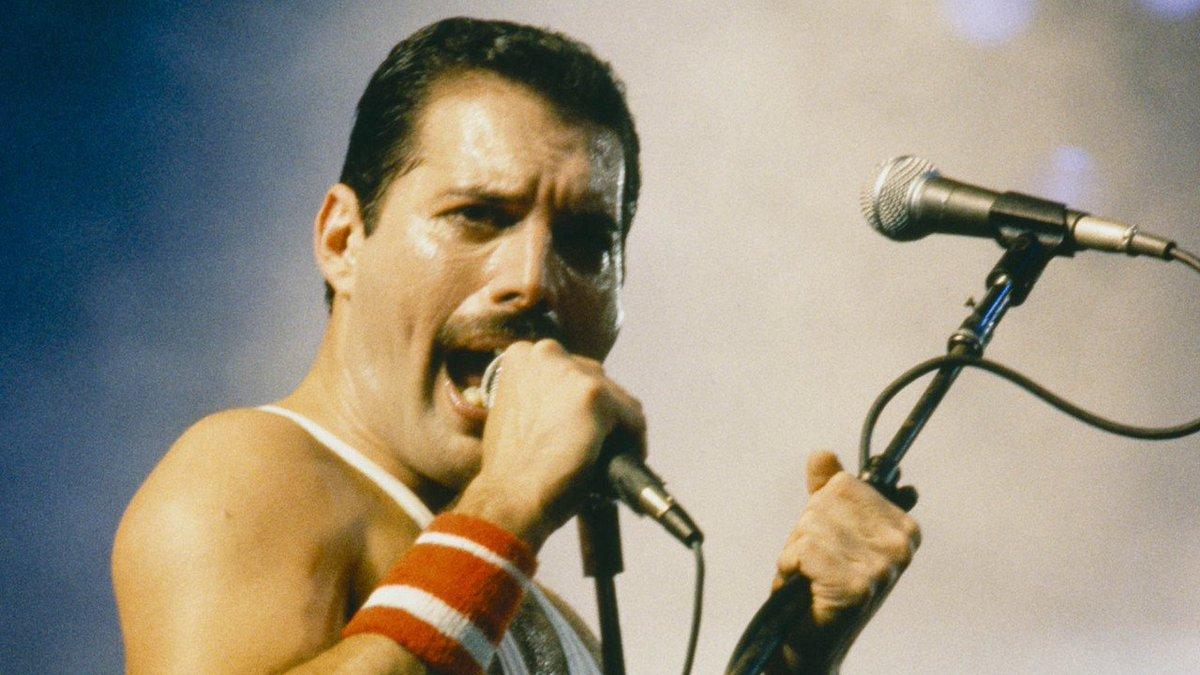 Versions and guesses about the meaning of the song

But the discussion about the correct interpretation of the text is still relevant. Here are some of the main approaches proposed by fans and music critics:

Lesley-Anne Jones, who wrote the biography novel Mercury, believes that the composition testifies to the author's unconventional orientation. According to her confession, she asked Freddie directly about this, but he evasively stated that the song was about relationships. She says that Jim Hutton and Tim Rice, friends of Mercury, are also in favor of this version.

There are those who believe that the text does not contain any deep meaning at all. For example, British radio DJ Kenny Everett said that once in a conversation with him, Freddie admitted that the lyrics of the legendary song are just "chaotic rhymed abracadabra."

Bohemian Rhapsody recording. An excerpt from the film

We polished the song for quite a long time: about 10-12 hours a day for about 3 weeks. During the entire period of work, several studios were changed, including Roundhouse, Scorpion, Wessex and SARM.

While recording the opera part, about 3 days passed. Approximately 180 overlays had to be made in order for the desired effect to be achieved.

Here's what Brian May says about it:

“I remember Freddie showed up with a pile of Post-it stickers and started beating the phono with his hands. He played the way many people beat drums: furiously. There were still many breaks in the composition at that time, and he commented that there should be an opera insert, etc. He collected the harmonic mode right from memory.

“Actually, to be honest, few people understood what the final sound of the six-minute composition would be until it was assembled into one whole. I was at a distance in the control room and simply had no doubt that among the first I had the honor to hear an important page in musical history. Inside, everything responded and said that now is a historical moment. And so it turned out."

As May recalls, the legendary guitar riff was the result of Freddie's chic improvisation on the phono:

“This very difficult episode turned out to be a great opportunity to become real rockers. But the long massive riff is Freddie's credit, not mine. He thoughtfully sorted through something with his left hand in octaves on the phono. Then it became the basis for me, and it turned out to be quite difficult: Freddie was famous for his virtuoso playing, despite the fact that he himself did not really believe in it.

The constituent parts of the composition

A detailed study of each part of the composition can be found on Wikipedia (including the Russian version), so we will not repeat ourselves here.

The EMI label refused to release the song as a single: it was too long for the radio format. Mercury offered the song to Kenny Everett on Capital radio. At that time, the rhapsody sounded several times in one weekend, but managed to cause a massive stir among the public. In just a few days, listeners ensured profits for music stores with requests for pre-purchase of records. Naturally, the EMI management had no choice but to give up.

In the international format, the composition was published in full, but for some countries it was not without abbreviations.

“We had absolutely no doubt that this was a potential hit in the full version. We were forced to agree, but we could not allow the separation of parts of one whole.

In the UK rankings, the song became the leader for a nine-week period. Such a second precedent was in 1991 after the new release of the single, already in memory of its author.

According to Billboard, the single peaked at number nine. After the 1992 film Wayne's World, when the song was played off-screen and re-released, it took second place. The leader then was the track “Jump” by Kriss Kross.

"Bohemian Rhapsody" is rightfully one of the 500 greatest songs in all of music history, according to Rolling Stone. In 2004, she took her place in the Grammy Hall of Fame. In 2012, she was in the lead in the list of the most recognized in Britain, according to ITV.

The video, shot by Bruce Gowers, is recognized today as a classic. As Brian May said, he was taken off only to be on the Top of the Pops show:

“The main task of filming the video is to give it to Top of the Pops. Who remembers, there was such a transfer. In the musical environment, she was considered bad form: they did not recognize her, they considered her a parody. If you wrote music with even a small claim to meaning, it seemed to disappear, dissolve when you stood on a box in the studio in a mass of some people. But rejection was costly because it was a real way to sell records."

The greatest and best pop singers in the history of music Music history is rich and varied in terms of its faces. It knows many high-profile names that have stood as...
To learn more
Related Articles
Musicians

Best Live Classic Rock Albums - Part Two We adore hundreds of rock bands and artists, but it's the impeccably produced "studio" albums that are the main reason they're so famous. ....
Upload more
Editor's Choice

They were approved by Kim Jong-un himself: 7 leading performers of North Korea

Robert Plant and Jimmy Page of Led Zeppelin: "We are older and wiser..."

The best love songs of all time. Top 10