New Order: the story of a band that sought to avoid comparisons with Joy Division

Today in our article is the story of the band New Order, which was able to form its own style and became one of the greatest bands of our time.

All about the band New Order: the history of creation, the search for their style

It often happens that when a group of musicians is just starting to form, they clear some things up. One of the slippery topics in a band happens to be care one of the participants; this also raises the question of further group activities.

Some bands then look for a replacement for the departed member, while others announce the dissolution of the band. This is the turning point at which the history of a rock band begins new orderwhich appeared after the decay Joy Division.

Joy Division: more than just a group of musicians

Joy Division was born in 1976, when two of its future members, Peter Hook and Bernard Sumner, attended a concert of the legendary Sex Pistols. Later they were joined by drummer Stephen Morris and vocalist Ian Curtis, whose fate is associated with Start the formation of the band New Order.

A band that stepped away from punk and created its own unique Lazy and melancholy style, had decided long before the breakup that if one of them left, the collective ceases to exist or, if the others wanted to continue, would be called by a different name. This treaty was. destined take effect.

Frontman Curtis Throughout his career he struggled with his own problems: asthma, which prevented him from performing on stage, then problems with his wife and depression. Shortly before the band's first American tour in 1980, fans and band members were shocked by the news of Ian's suicide - his ex-wife Deborah found him hanging in the kitchen of her apartment. After the vocalist's death was released last Joy Division album titled Closer.

This is where the history of the band begins new order. By longstanding agreement of the members, the band was no longer performing under the name Joy DIvision, and was in search of new names for their project. The name for the band was suggested by their manager Rob Gratton: he found a combination of the words New Order in one of the newspaper articles The Guardian.

A keyboardist appeared in the band Gillian GilbertAll the band members were tried for the role of the vocalist. In the end the vocalist was Sumnerand Gillian replaced him on the guitar.

Finding your own unique sound

In the early '80s, the band was in search of his style. Since the tragedy affected most of the New Order members, the musicians out of habit started the start of the new band with the same grim and melodic songs by adding to them synthesizer. The only positive thing about the release of their debut album movement was the appearance of the mixing console in the arsenal of musicians. Thanks to it they could record their own records.

After a trip to New York, the group discovered an interest in post-disco, freestyle and electrowhich influenced their singles "Everything's Gone Green" and "Temptation.

The band's second album, released in 1983, is absolutely different from the work of Joy Division. This is where New Order drew on the mixing of early techno and its guitar sounds. The real gem of the album is the song "Blue Monday."which became the best independent single of all time in Great Britain. 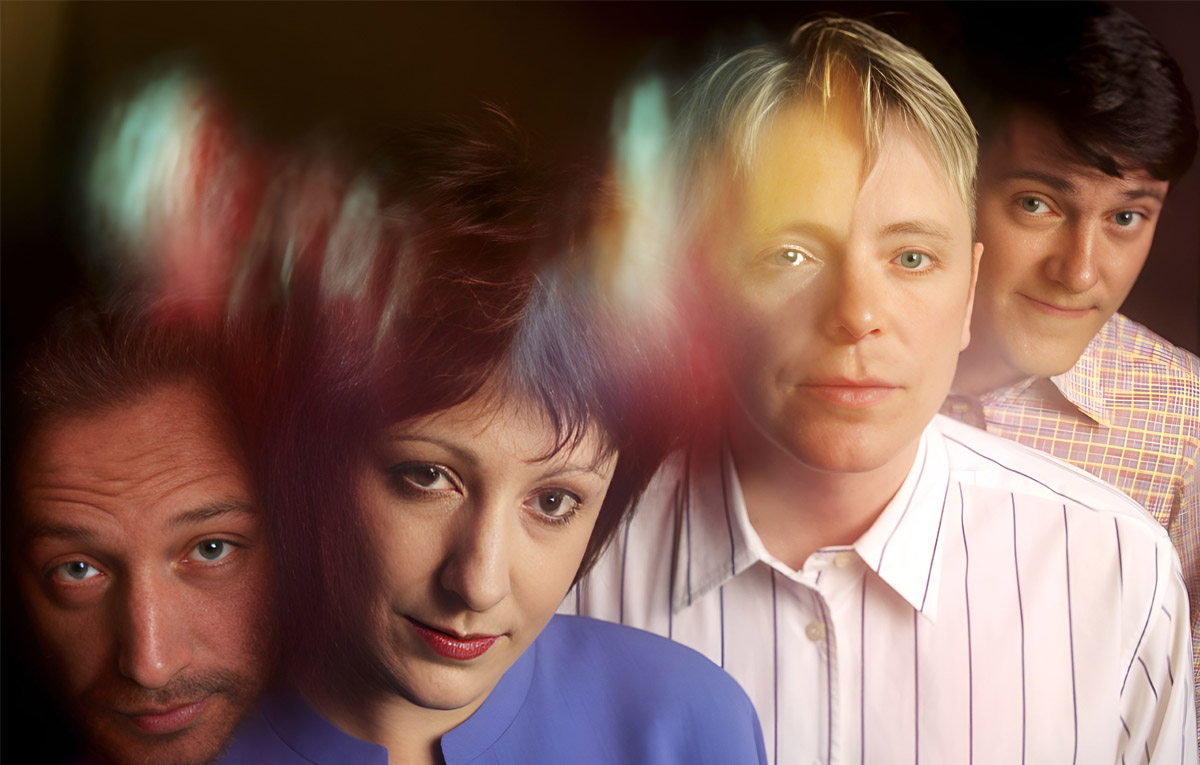 From 1985 to 1987, the group became increasingly oriented toward dance musicI was a member of the band, mixing the guitar style with the electronic style. This is clearly seen on the album Low-Life. In 1987 New Order released their most important compilation SubstanceThe songs on which were recorded were still developed in conjunction with Curtis.

After their Technique and Republic albums, the band fell apartand it was not until 1998 that they were revived. Three years later there was a release Get Readywhich moved away from the electronic style and contained more guitars.

From the early 2000s to the present, the band's style unchangedNew Order is currently working with a new lineup and releasing fresh hits on Internet sites.

The group has never given up on experimentswhich can be seen in their entire discography. Consider their Best albums and tracks.

Second New Order studio album, which contains many electronic songs that are feature the band. The record was widely acclaimed and hailed as one of the greatest albums of the 1980s. Critics praised the band for departure from the Joy Division sound and still accept it as quality music in the style of post-punk and synth-pop.

This record shows growth post-punk musicians to dance-rock. Despite the increasing emergence of electronic elements in the music, New Order managed to maintain a rock sound. Critics celebrate this album in the same way iconicas in the previous one.

Substance 1987 - compilation album, which gathers all the singles bands. Critics reacted enthusiastically to the record, acclaiming it as the most popular New Order album. This album is on the list of "The 500 Greatest Albums of All Time Rolling Stone magazine.

A song by the band New Order, released on cassette variations of their second studio album. This composition is fusion synth-pop and dance-alternative, inspired by musicians of the turn of the 70s and 80s. BBC Radio recognized the track as important link between '70s disco music and '80s dance house.

Released in 1985, the song has a completely different subject lyrics. The following themes appear in the text love and of deathHowever, the meaning of the song is currently unclear to the author as well. On this track appeared a lot of effectswhich were complicated The band was able to reproduce the sound of a frog squawking or the faint bleating of a sheep at the end of the recording. Soon the hardware malfunctions were sorted out and the band began to perform the song on stage.

One of New Order's most popular songs, which was co-written by the band with By Stephen Hague. The single was released on the 1987 album Substance. As is the case with all the band's songs of the late 1980s, the words of the title do not occur in the lyrics of the song. This composition was created with the help of big of choice electronic equipment.

Previous article
Larissa Dolina in her youth, or the story of becoming a star
Next article
"Is it really Paul McCartney?": What really happened to the iconic Beatle in 1966

How Sergey Zakharov's career after prison: the complicated story of the famous baritone of the USSR

The Life of the Pop Singer Sergey Zakharov Estrada appeared in the 1960s as a unique style of Soviet song. Compared to modern Russian pop music, it...
To learn more

"Blue Eyes Crying in the Rain": the last song sung by the King Presley

All about the song "Blue Eyes Crying in the Rain": when and by whom it was performed, history and covers Losing an idol is always a very traumatic event, but how...
To learn more

All about Lemmy Kilmister: band success, movie roles, biopic about the legend Rock stars who have made music their life and made huge contributions to the genre have shown...
To learn more
Related Articles
Hits of the 90s

The famous hit of the band "Zero," the clip to which everyone has seen

History of the song "I'm Coming, Smoking" by the band "Zero": interesting facts, clip "Song about unrequited love for the Motherland" is an album with unconditional hits, which is among the iconic...
Musicians

As part of rock bands they were world legends, but the "solos" are forgotten even by fans

Everything about Elena Kamburova: childhood, development of creativity, fame Not every viewer can appreciate the artist's soulful contribution to creativity, but there are people who understand...
Pop music

Everything about Sergei Zhukov: early years, creation of the band, facts In the 90's there are tremendous changes in Russia. A new round of history is born in music as well: on...
Rock

Cool Tsoi songs that only the most loyal fans have heard

Little-known Tsoi songs that can claim to be hits "Kino is one of the most unusual bands in the history of Russian rock. On the one hand they are...
Rock

"Stellar" covers of famous Russian rock songs Covers are now living a "new life" in the music business. Some covers become so famous that they outshine the original compositions. So.
Groups

Where are the Zemlyane, a band whose hits were sung by the entire USSR?

All about the band "Zemlyane": history, creative work, hits The bands that started their history in the times of the Soviet Union have a rich history. Now you can find not so...
Rock

British rockers adored in the USSR

Top British Rockers Adored in the USSR Despite all the bans and difficulties caused by "getting" records with this kind of music, in the Soviet Union foreign rock and roll simply...
Musicians

Gibson: the story of a brand that almost lost the trust of rock stars

Gibson: the history of the brand, successes and failures The history of every famous company has its ups and downs. It's almost impossible to find a brand that, throughout...
Upload more
Editor's Choice

The story of Genesis Owusu, an African musician from Canberra

Konstantin Nikolsky: A Journey Through the Biography of the Author of the Legendary "Nightbird" and Other Hits