Today this man's name is a household name - it is not without reason that Osborne bears the title "The Godfather of Heavy Metal"! He contributed a lot to the development of this genre - first as the vocalist of Black Sabbath, and then as a successful solo singer...

Growing up in the postwar England was an ordeal for many artists who came of age in 1960's years. The global conflict affected countless British musicians, even if they were too young to realize it... So, Pink Floyd explored the themes of that era in their epic rock opera "The Wall."whereas Who portrayed them in their iconic creation about a deaf, dumb and blind boy named Tommy. The restructuring of Britain after World War II had an impact on the Ozzy Osbourne.

Today, the man's name is a household name-it is not without reason that Osborne carries the title "The Godfather of Heavy Metal."! He made a huge contribution to the development of the genre - first as a vocalist Black Sabbathand then as a successful solo singer. And few of his fans ever wondered what was behind that crazy image, did they? Well, Osborne's beginnings really weren't colorful... He was growing up in povertyHe struggled with learning difficulties, lack of direction and understanding, legal problems, and other obscurations. But despite all this, Osborne managed to reach great heights! Once he was introduced to music, his fate was sealed...

He grew up in extreme poverty

Osborne was born in Birmingham in 1948 The year he was the fourth child in a huge family of six children! His family lived poor, in a small two-bedroom house - his father was a steelworker and his mother worked on a factory assembly line. His parents' income was so meager that it was very difficult to feed six people besides himself... Very often there was not enough food for everyone.

One day myself. Osborne said that his family was so poor that the children slept in their coats because there were no blankets. Their house also had no plumbing.

Birmingham has changed a lot over time! Nevertheless, the house where he grew up "The Godfather of Heavy Metal.", still intact. From time to time Osborne comes here when he wants to indulge in nostalgia... The musician once said:

"Sometimes I visit this house... And every time I can't believe that a family of eight lived in this tiny room with two and a half bedrooms... I have bigger closets at home!"

Today this house has a new owner, who runs a quite profitable and non-dusty business: he rents out a children's room Osborne for several hundred pounds a night!

He dropped out of school at 15.

Osborne had never been a diligent student, partly because of his undetected dyslexia and attention deficit disorder. The only subjects he genuinely liked in school were art and music! But in addition to his academic problems, his younger years, the future heavy metal stars I was constantly being bullied, both by my peers and my teachers. Both on the part of my peers and my teachers... Osborne recalled how one day the principal sent him home, saying:

"You're not clean enough to attend class." 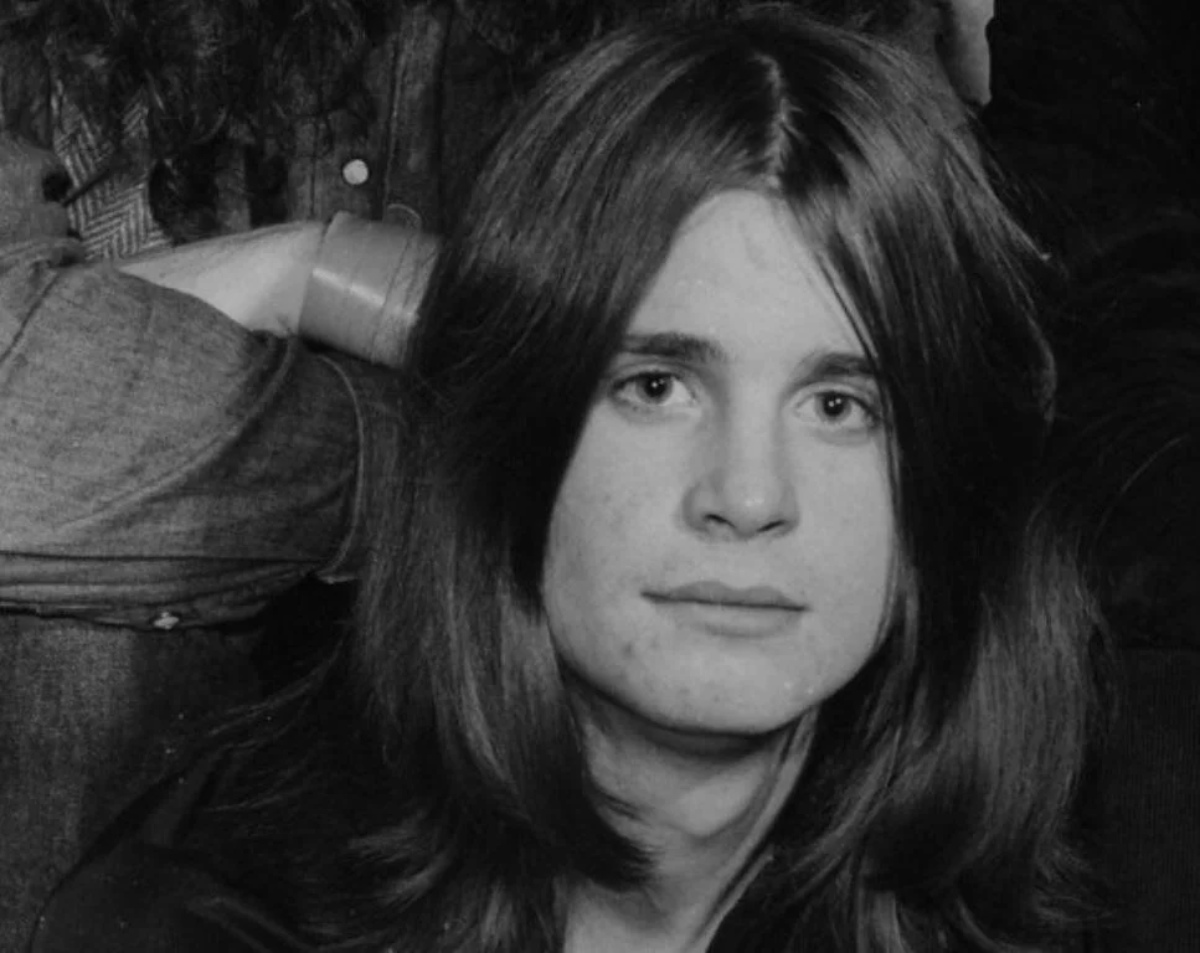 In addition to school problems, Osborne also suffered from abuse high school students on the way home from class. In his interview, he said:

"Every time they made me undress right in the street, they took off my clothes themselves... Sometimes they intimidated me, sometimes they groped me... Once my sister saw it. I felt so uncomfortable and disgusted... But it was the routine of my everyday life.

In the end 15-year-old Osborne dropped out of school.

The hard work days of a teenager

In his search for a life vector, Ozzie managed to change several jobs! He first worked as an apprentice plumber and later got a job at a meatpacking plant. Here he spent 18 months of his life, and it was here that he learned how to deal with cows-although not in a positive way... Osborne believes that his time at the butchery eventually led him to vegetarian the way of life and love for animals.

Later the guy got a job at the morgue. Already a successful musician, he recalled:

"When I came home, I had visions of those lifeless faces! I was going crazy...".

Like his previous jobs, the position did not last long in Osborne's life. His mother stepped in, giving her son "first musical work." on tuning car horns.

The Beatles inspired him to become a musician

Today Osborne attributes his musical success to the iconic Liverpool Four! In his own words, he vividly remembers the first time he heard The Beatles and what impression they made on him:

"She Loves You" made such an impression on me! I remember exactly where I was: I was walking down Whitton Road in Aston, I had a blue transistor radio, and when that song came on, I already knew what I wanted to do with my life... I felt it!"

His father bought him his first loudspeaker system

Osborne's father recognized his son's interest in music and encouraged him by buying his first sound system in Ozzy's life... Eventually, the gift with which the boy performed in local clubs turned into a lucky ticket out of Birmingham for him! Osborne later explained:

"Someone asked me what my best gift was, and I thought of the things my wife Sharon bought me, but then it hit me - my father went into debt to buy me a gift. This system-if he hadn't done that, I wouldn't be sitting here talking to you right now!"

Osborne was practically an uncontrollable teenager! And, like many of his peers looking for answers, he actively rebelled. В 1965 year he resorted to regular theft in an attempt to gain the support and respect of local bullies. A few months later he was caught stealing women's stockings from a store in Birmingham. His father refused to pay the fine of £40and Osborne spent six weeks in prison.

As an adult, the musician recognized his father's decision as one of the best lessons he had ever learned: he realized he did not want to spend his life locked up in the cell...

What do we know about Bobby Farrell, the legend of the world disco

Rick Rubin - All about the producer. Full biography

The story of "That's Life" performed by the unsurpassed Frank Sinatra