On Led Zeppelin's last show in the US

This is the 11th tour of the group on the American continent, which took place in 1977. Almost two years have passed since the last tour - the reason for this was the injury of soloist Robert Plant. And now the moment has come when the favorites of the public once again pleased their American fans.

The idea of the tour was different in scope. The program included 51 concert performances, and at the most recognized and crowded venues. Fans rushed to the box office to buy all the tickets at the speed of sound. Ticket prices were inflated by resellers. New York City's 20,000-seat Madison Square Garden was completely sold out, at each of the six announced concerts that took place over an 8-day period. The popularity of Led Zeppelin was ahead of the group. The demand for performances skyrocketed. Legendary and demonic manager Peter Grant funneled profits into the development of the 90% group and gave the rest of the 10% to advertisers. Those reluctantly were forced to go for a blatantly predatory attitude: after all, there was a 100%-cent payment guarantee, without potential risks. The very minimum was enough: it was enough to say that there and at such and such a stadium a concert of the group was planned, as the box office was bursting with an influx of people who wanted to get to the performance at all costs. The occupancy of the halls and stadiums was absolute, without a single empty seat.

What was that time?

Of course, this was the peak of the Zeppelins' popularity. But as for the state and form of its representatives, the matter was more complicated there. The intake of alcohol and drugs affected. It was already at the level of a stable habitual tradition. The most addictive was guitarist Jimmy Page, a longtime heroin addict, and the "fifth spokesman", the permanent manager, known for his sinister image, Peter Grant, who was actively using cocaine. Drummer John Bonham drank heavily and occasionally dabbled in drugs. The guards and members of the accompanying group (technical staff and assistants) were also not distinguished by their appearance and took drugs no less, and sometimes even more, than the members of the group.

The recognized leader in this sense was the main escort Richard Cole, who successfully combined organizational work and the delivery of drugs. It is difficult to unequivocally state what exactly became the trigger in the launch of the mechanism of collective dependence. Maybe it was a form of stress relief, maybe it was individual problems or a desire to reduce adrenaline and compensate for the energy power of filled halls after performances that often lasted 3-4 hours. Or all of this together. Or variations of factors. But the group was clearly “sitting” on mind-altering substances.

Incidents at the concert

It was the use of drugs that led to the incidents that occurred shortly before the 44th performance, which took place on July 24, 1977 at the Oakland Coliseum stadium. It turned out to be the group's last American performance.

According to Stephen Davis, author of the once-popular bestseller Led Zeppelin: The Hammer of the Gods, this is what happened. At the end of the day on July 22, Bill Graham, a regional advertiser, received a call from the group demanding $25,000 in advance (in cash). He took the required amount and arrived at the hotel where the group was staying. Graham's surprise knew no bounds: this money, it turns out, was needed to buy a huge amount of drugs. Naturally, this angered the promoter. However, the matter was not limited to this. The next day, before the start of the 43rd performance, the Led Zeppelin security team, along with the staff doctor, came to the pharmacy to buy a whole list of barbiturates with a prescribed prescription. The apothecary did not sell them, rejecting a prescription written according to British standards. As a result, the thugs began to smash the pharmacy, which prompted the pharmacist to still sell the substance.

And then everything went on increasing. By the beginning of the performance on July 23, all the escorts and guards were in a strong inadequacy. One of them, John Bindon, a thug and a tough guy, slapped a stagehand who was part of Bill Graham's team. The foreman threatened that he would break the stool on the offender's head. The conflict escalated, and the two camps had already begun to prepare for battle.

The last straw was the ridiculous blunder of Peter Grant's son, Warren, who quietly ripped off a Led Zeppelin sticker from one of the trailers - just for his collection. Graham's worker, Jim Macorkis, took the sticker away, claiming he would still need it. There is an additional version, on which he also hit a teenager. The scene was seen by John Bonham, the drummer, who stepped behind the curtain briefly and kicked Macoris in the groin. Then he returned to his place. The performance went on as usual, but a war was brewing behind the scenes. To calm down Grant Sr., outraged by what happened and going through hard times due to a number of drugs taken, Bill Graham appeared. Grant Sr. forced him to demand an apology from the worker. To this end, all three came to the trailer of Matsorgis, and then the Grahams actively pushed him out into the street and began to push and kick. Cries for help attracted attention, but Richard Cole was the first to come running and, not really understanding what was happening, took heavy rebar and began to swing it, preventing others from getting close to the place of the brawl. Graham's indignation and anger skyrocketed. Matsorgis was hospitalized, despite the fact that Graham's team still wanted to get even... 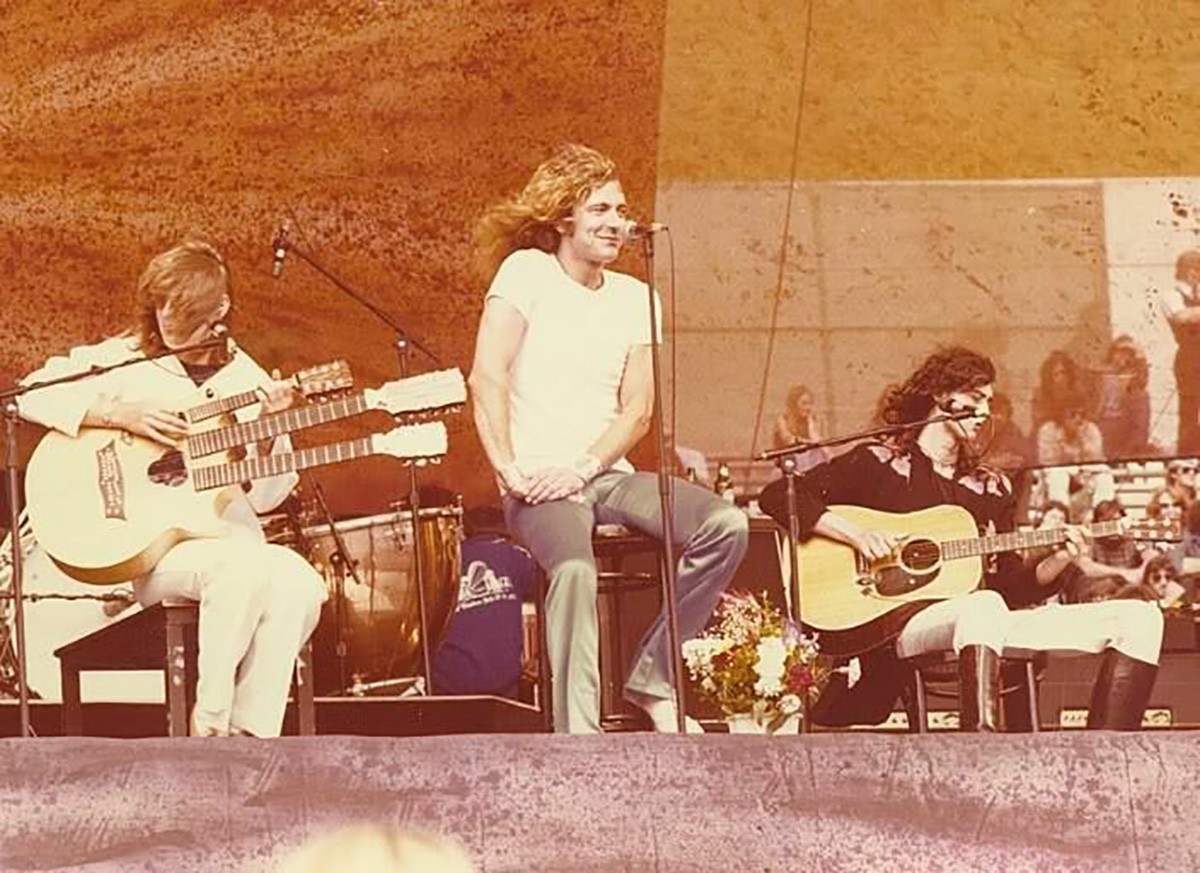 The next day, right before the concert, the far-sighted Grant, although constantly out of his mind from drugs, firmly controlled the Lead Zeppelin along the trajectory that was planned. He also forced Graham to sign a waiver for a monetary reward. That is, Graham did not have to go to the police so that the initiators of the skirmish would be punished. 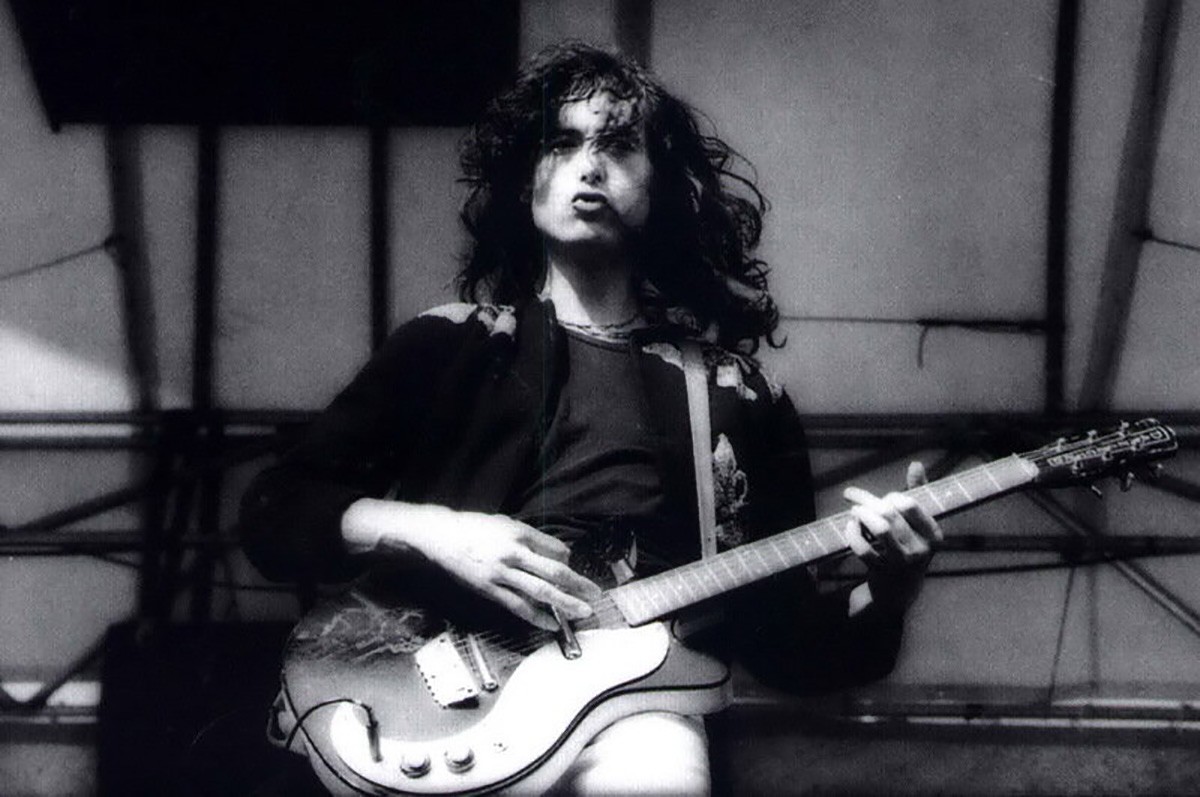 However, revenge nevertheless took place, and insidious and cruel. When the next morning after the concert, the group was preparing to leave for New Orleans, it became clear that the hotel was cordoned off by a police cordon who had come to arrest the instigators of the skirmish. Richard Cole, who had seen the world, sent everyone to his room and locked them there, after which he quickly flushed the common stocks of cocaine and barbiturates down the toilet. The police still managed to identify and arrest the perpetrators: Bonham, Grant, Cole and Bindon. Yes, of course, they were released later, and even on a conditional bail - $ 250 each, but the journalists, informed by Graham in advance, were able to film four handcuffed Englishmen and show the story on the news. Subsequently, Macorkis filed a lawsuit for $ 2 million, however, how this ended is not entirely known. Did he receive this amount? There is no clear answer.

How did it all end?

It so happened that, using a short break before the next performance in New Orleans, the group dispersed for a while. Everyone wanted to spend time in their own way. Robert Plant, John Bonham and Richard Cole left immediately for a new performance. There, Plant learned that his son, who at that time was 4 years old, had died due to an intestinal infection. Completely broken father recovered home for the funeral. The American tour was effectively cancelled. And it turned out to be the last for Led Zeppelin: since then they have never performed on the American continent.

Previous articleSpirits In The Forest (2019) - Anton Corbijn's film about Depeche Mode
Next articleThe Animals - All about the band: full biography

Melanie Thornton (La Bouche) - the story of a singer

Dave Grohl in the craziest and most amazing facts