It's been over 35 years since Queen's legendary Live Aid 1985 concert, but it still feels magical. We recall how the cult performance of the legendary band of the 20th century went.

In 1985 one of the most cool festivals in the world - "Live Aid". It's been over 35 years since Queen, led by longtime frontman Freddie Mercury, blew up the Wembley Stadium stage at Live Aid 1985. The group performed chic a set of the loudest hits, which was later recognized as the most grandiose show in the history of her existence. 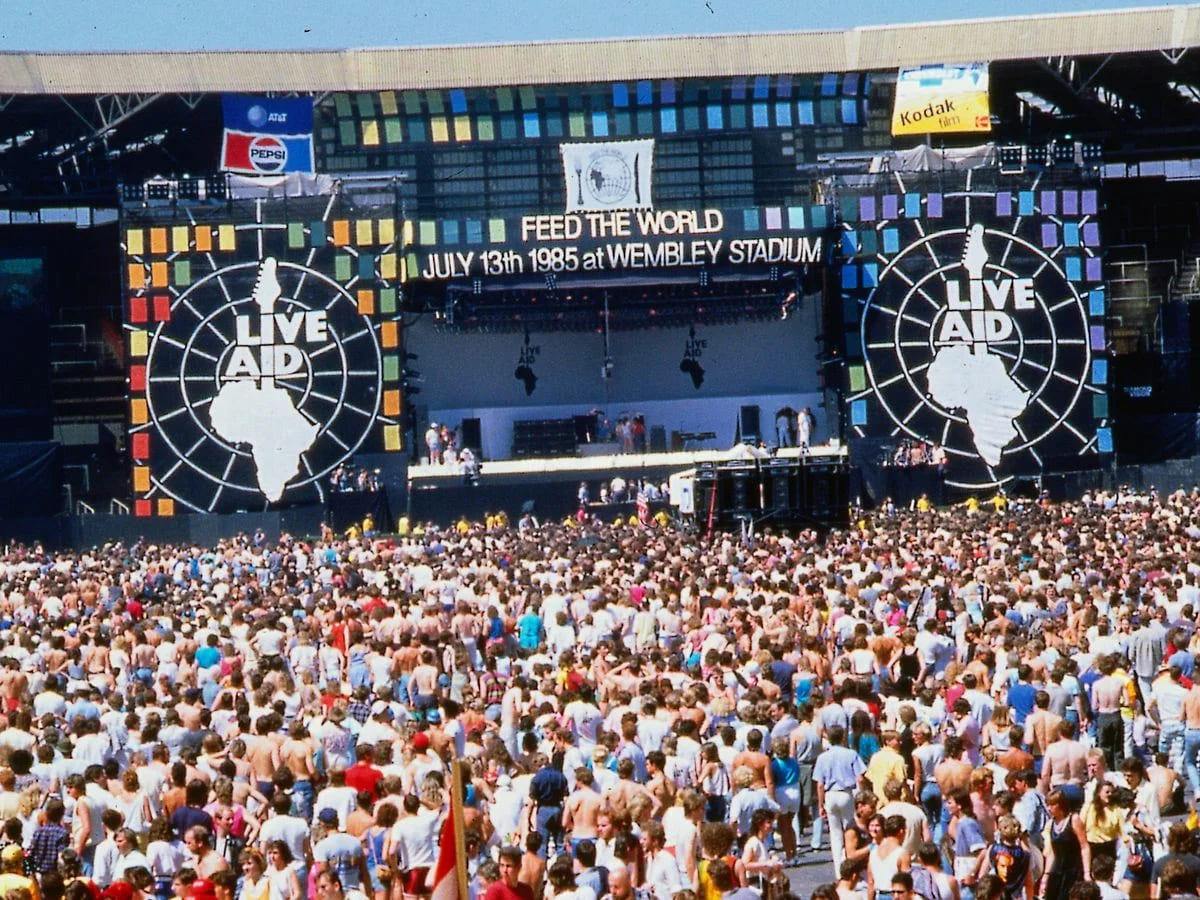 The worldwide release of "Bohemian Rhapsody", a biopic about the "Queen", caused a nostalgic wave of memories and emotions about this momentous speeches. Curiously, today even those born much later than 1985 admire him.

In the comments under the Live Aid video, someone wrote:

“My first real encounter with Queen was when I was about seven years old. Someone had left the TV on and there was a documentary on this wonderful performance. Their rhythmic and catchy music, accompanied by the inimitable Freddie Mercury, seemed to me more interesting than The Beatles, whom we constantly listened to when driving out of town by car. I decided to sit down and have a look. By the time the program reached the end of the Live Aid concert, I was mesmerized. I was already in love with Mercury, and when I found out half an hour later that he was dead, I was heartbroken.”

“Admiration and tragedy mixed inside, replaced by confusion - then it seemed to me that all this only strengthened the feeling received from Freddie's performance at Live Aid. Apparently, he felt that he was given little, and decided to give free rein to generous impulses, enthusiastically sharing them with a huge crowd on that day - July 13, 1985. Since then, I have rewatched that Wembley performance many times: the energy and excitement has not diminished for me in all 23 years since the first viewing. But this is far from an exhaustive answer to why for me it remains magical.

How did the legendary performance go?

Queen didn't open or close Live Aid. Their performance fell out by about 7pm, in uncharacteristically bright daylight compared to the spectacular performances presented to the crowd by U2, Elton John and David Bowie.

After their very unsuccessful speeches in South Africa, which took place exactly one year ago, Queen hardly expected the same success. Especially Mercury, who at that time was the main person in the endless stream of scandalous and provocative rumors spread by the press. Journalists exaggerated him bisexuality from all sides, and this could become an obstacle to the promotion of the group in the American market.

feeling heavy and tightness atmosphere, Mercury sang and danced as if for the last time, greeting the crowd of thousands before entering the stage, like a best friend. By the time he sat down at the piano and hit the first few notes of "Bohemian Rhapsody", he already was the absolute owner of the stadium.

Over the next 20 minutes of his speech, a huge crowd guests and about two billion viewers watching Live Aid on TV was amazed by Mercury's energy and charisma. His plasticity, humor, tempo and phenomenal four-octave voice were impressive.

That evening Freddie was incredible: light skinny jeans, famous branded mustache, a white t-shirt that reveals the chest and arms, a spiked ribbon on the right bicep. None of the band members were dressed in a colorful 1970s outfit, and they didn’t need it! Not clothes and image were the main ones here. Years later, the humble Brian May reflected:

“Everyone performed well, but Freddie was different. He was on a completely different level…”

Mercury really was unique. There was no repulsive artificiality, no stiffness. Where other bands could smugly hope for their strength and not strain themselves once again, "Queen" went all out on maximum and even more.

They played a generous portion of the biggest hits well rehearsed a few days before. The only break came in end "Radio Ga Ga". Mercury performed the piece, swaying on the edge of the stage, putting the microphone into the crowd of thousands.

Within 30 seconds, a real vocal improvisation began at Wembley, which was later dubbed "a note heard all over the world." Mercury seemed to carry the audience along the waves of music. His facial expressions and gestures made the triumph common, became the basis of a single impulsewhich reached an audience of thousands.

Before performing at the Queen festival, several stadium songs were written hymns. This is what distinguished them that day from the rest of the concert participants. Group closed program "We Are The Champions" - the anthem, which later became her hallmark.

Mercury, who had been gliding across the stage throughout the show as if reprising the opening of the performance, returned to the piano to begin the song and then addressed the crowd again. The most interesting thing is that he did not take anything for granted. His vocals were impeccable to the end, even as he basked in his undeniable victory.

The splendor and grandeur of the 20-minute show resonated and caused a great resonance all over the world, and not just that summer. It forever became part of musical history, and one of the most important. Mercury welcomed the world on his own terms and only did what he loved when he wanted to.

Spectacular performance at "Live Aid", which not only resurrected "Queen", but also approved for the group one of their most noble deeds, is only part of Freddie's generous legacy. This man is truly worthy of respect and long memory.

Released in 2018 the movie "Bohemian Rhapsody" - tells about the work of "Queen" and performance at "Live Aid 1985" in particular. Nearly ten years of film development stood in place, but still the film saw the light of day. The role of Mercury in the film was played by Rami Malek.

At the center of the story costs Queen's performance at Live Aid. On it, the team is believed to have given best concert in the history of mankind - an incredibly energetic and lively 20-minute medley set of stadium anthems and light rock.

The budget of the film was only 50 million dollars, box office in theaters just fell short of billion. The film earned $ 900 million and became the most popular film about the group "" Queen. Painting reveals group from a slightly new angle, so that it quickly became the basis for the new canon of perception of the group.

Behind the making of a film as consultants followed Queen guitarist and drummer Brian May and Roger Taylor, but the film is filled with historical and stylistic inaccuracies.

Of course, the Live Aid festival and Queen's masterpiece performance deserve much more accurate consideration and storytelling, but the filmmakers decided to shoot the film in a way that would appeal to the masses, so some moments they had to change. Nevertheless, on the quality of the film it is strong did not affect, it shows relatively fully the events from the Live Aid 1985 performance.

Previous article"The Smiths": a five-year history of the band
Next articleTop most influential girls in foreign music of the XX century