Ray Charles – Best Songs and hits by a musician

Below is a selection of Ray Charles' top 10 compositions...

Ray Charles is a recognized genius of the music industry. His work was idolized by his contemporaries, he dreamed of collaborating with the most prestigious labels, and Frank Sinatra even called him "the only true talent in show business.". His unique and original approach to the sound of blues and R'n'B, country and pop, brought him worldwide fame and popularity, allowed him to be on a par with Elvis Presley and The Beatles.

Ray Charles' musical abilities first emerged at the age of seven, when he lost his sight due to lingering glaucoma. Later he went to a specialized school for deaf-blind children, where he honed and perfected his natural skills.

The youth of the future blues legend did not come easily. Passionate about travel, he decided to travel all over the country, to visit all its corners. But his youthful dreams and desires ran up against many racial barriers. Only inexhaustible enthusiasm and enviable persistence allowed him not to deviate from the intended course, to implement all his plans.

The invaluable experience gained during his artistic wanderings around the United States helped Charles to realize his creative potential. His remarkable resilience and fortitude helped him to achieve unprecedented success, winning his own place on the musical Olympus.

Below is a selection of Ray Charles' top 10 compositions...

It was written by Howard Carmichael. Even though the song was recorded back in 1930, no one knew of its existence until it was sung by Ray Charles. The song became wildly popular in the mid-1960s, even becoming the official anthem of the state of Georgia.

"I was born with music inside me. That's the only explanation I know.

It is a subtle and poignant love ballad sung by Ray Charles for the one, the only and the only one. It was the real breakthrough of 1955, heard literally on every corner.

The plot of this song is very simple - a girl breaks up with her boyfriend, not being able to get rid of the disagreements, to fix the messed up relationship. It was she who gave Charles his first Grammy Award.

These compositions share the fourth line of the selection. They are about equally popular, but their semantic content is radically different.

If the first is a melodious reflection on life on the road, wanderings and travels, the second is a genuine revelation about unrequited love and unrequited feelings.

A completely accidental composition that was born by accident. It was invented in 1959 during one of Charles' rehearsals with his backup singers. They weren't trying to create some cool track, just improvising, offering ironic musical inserts about a woman "doing wrong" to a young man. 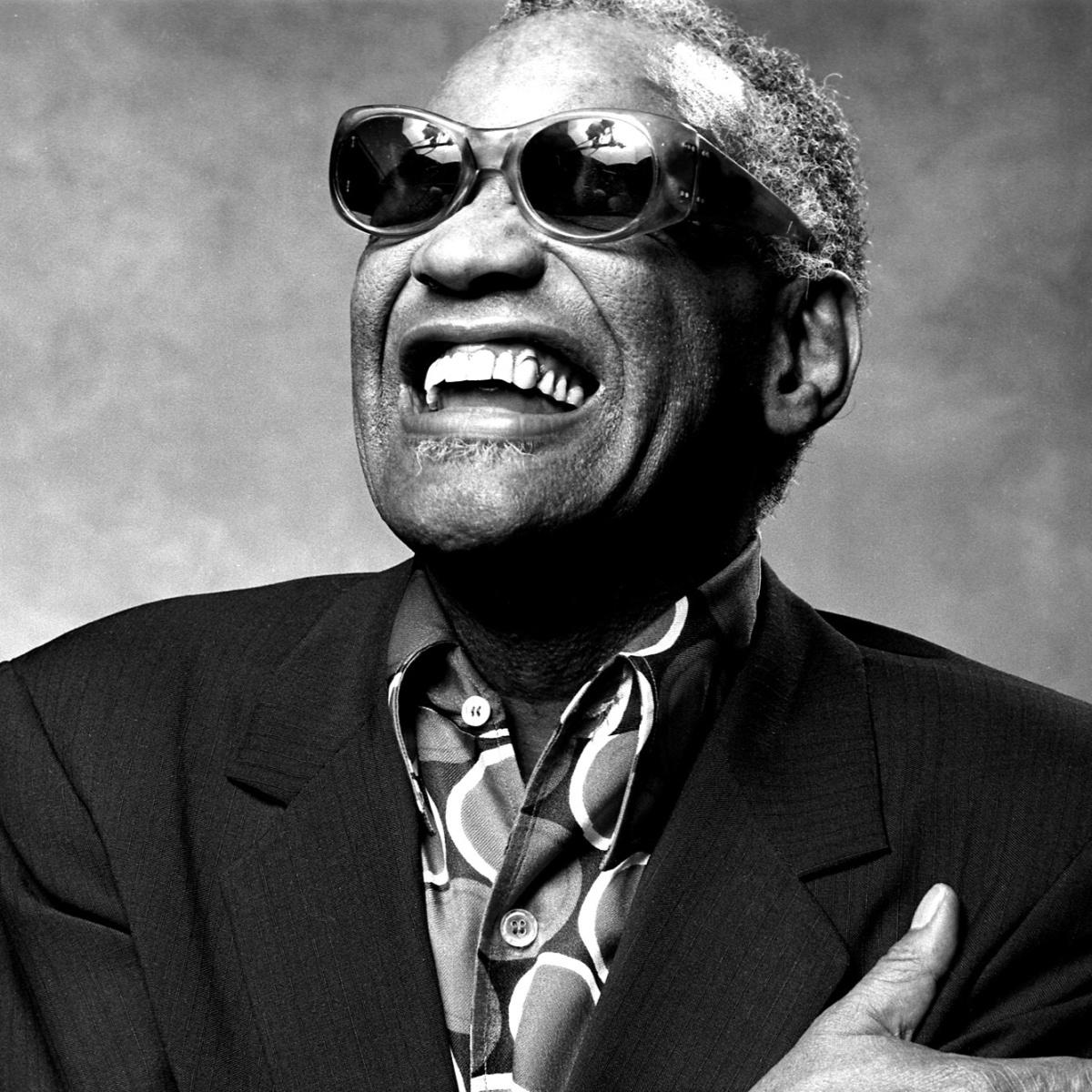 Charles later decided to share these sketches with his fans by performing them at one of his concerts. The audience liked the proposed composition so much that it was decided to record it in the studio.

"What'd I Say Parts 1&2" is a new turn in the singer's musical career. It was this song that allowed him to break into mainstream American culture.

This composition is a real cry from the soul, urging people to stop and look around. With its help the musician tried to instruct his generation, to form in it a more careful attitude to the environment and nature.

The musician's childhood years were rather difficult, imbued with all the hardships of poverty. "Busted" is a true revelation about how naive dreams and illusions crumble and the time comes to pay the bills.

The year of creation of this classic American composition is considered 1895. Charles gave it a new deeper and fuller reading when he performed it at a performance in 1972. According to the recollections of eyewitnesses, there was not a single person in the concert hall that night who was not moved to tears.

The song was written in 1957 by the famous country singer Don Gibson. At that time it was not a great success, it was rather coldly received by the public.

Charles sang it five years later, in 1962, literally giving it a second life. After a rousing and penetrating performance, the track soared to the top of the most prestigious American and English charts, managing to stay there for several weeks.

The song was recorded in 1953 on the legendary Atlantic Records. It was the first hit of Charles' career, allowing him to climb to the top of the popular charts. Combining upbeat and rhythmic motifs, it instantly got the listeners going, charging them with positive emotions.

Alice Cooper – All about the musician

The most popular artists of the 70s!

Best-selling albums of the 70s