The Wizard of Oz and coincidence with the Pink Floyd album

Fans believe that the Pink Floyd album The Dark Side of the Moon is suspiciously similar to episodes of the movie The Wizard of Oz.

Did Pink Floyd record The Dark Side of the Moon as the soundtrack for The Wizard of Oz?

Pink Floyd's monumental album, The Dark Side of the Moon, was released in 1973. About 50 million copies have been sold worldwide. One researcher estimated that one in 14 Americans had or still has a record. Space, alien music gave rise to an interesting theory regarding the writing of the album.

In 1995, an original article appeared in the American edition of The Journal Gazette. The author, Charlie Savage, claimed that if you watch the 1939 film The Wizard of Oz and listen to The Dark Side of the Moon at the same time, then strange things are observed. Tracks from the disc inexplicably "fall" on the events from the film.

The journalist was prompted to write the material by comments from fans on the band's official website who discovered this phenomenon. Charlie conducted his own experiment, the result of which was the published material. The quintessence of the article was the conclusion that the film resembles a long clip from The Dark Side of the Moon. 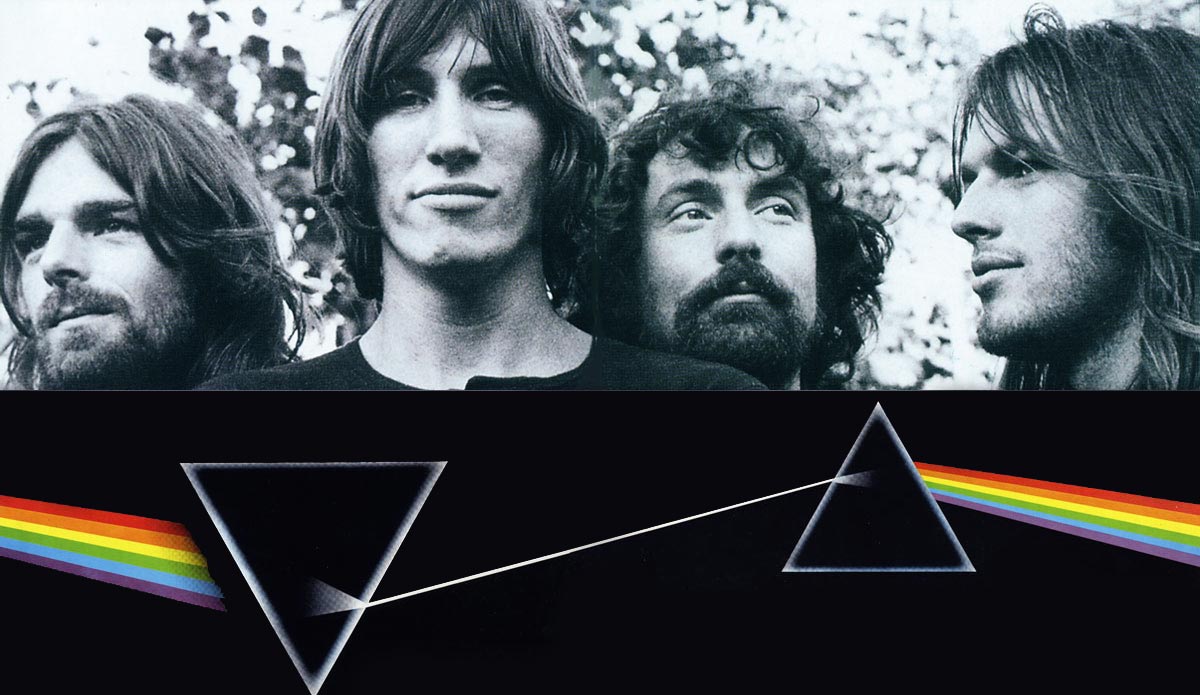 Fans of the group, who were the first to notice the unusual effect, considered it mysticism. But the wave of research and debate on radio and forums after Savage's publication did not see it as something mysterious at all. There was an opinion that the musicians of Pink Floyd originally composed material for the album as a soundtrack to the film. In addition, in 2000, The Wizard of Oz was released with The Other Side of the Moon as musical accompaniment. Opponents of this version claimed that it was far-fetched.

However, Charlie did describe a few things that show that the lyrics of some of the songs do match the shots. So, the line from Time "no one said where to run" is heard when the main character runs out of the house to save the dog Toto. Another example concerns the song Brain Damage. The first chords sound when the Scarecrow dreams of brains, lying on the grass. In addition, the song contains the line The lunatic is on the grass / Madman on the grass. Savage has several other similar examples.

The search for such coincidences has become epidemic. Almost every Pink Floyd fan considered it his duty to find them and be sure to share his discovery.

Here is just one of dozens of cases:

“I don’t care at all that these guesses sound incredible, but some of the details fit together perfectly. I went so far as to put the disc on repeat, and I'm still impressed by what I saw: when Dorothy knocks on the door leading to the Magic Land, in the track "Eclipse" we hear exactly the knock! Dorothy opens her eyes just as the line "Home, home again," plays, the researcher shared.

And another point noted by the fans: the sound similar to the contraction of the heart muscle is heard in the album when Dorothy puts her ear to the Tin Woodman's chest to hear the beating of the heart.

Do not forget that many fans of the group are familiar with psychotropic substances firsthand.

The musicians' response to "Pink Floyd"

And the members of Pink Floyd are tired of refuting the version of the fans. The musicians insisted that all of the above is far from reality.

David Gilmour openly laughed at this "conspiracy theory". Nick Mason called the idea of homegrown conspiracy theorists stupid. The musicians explained that the recording studio simply did not have the physical ability to turn on the film in order to weave the necessary lyrics into its scenes.

Besides, assuming that The Dark Side of the Moon was originally conceived as a soundtrack, then why did the band record a 43-minute soundtrack, while the motion picture lasts more than an hour and a half?

In 2003, Alan Parsons, the album's sound engineer, called the fan version complete nonsense and explained his point of view as a professional: “Any sound engineer will tell you that music and video can freely 'drift' when mixed. For example, the recording is already over, but the music can continue for 20 seconds! Guided by this principle, you can find matches anywhere!”

What about the fans? Rock music fans took Alan's words as a guide to action and continued to look for matches with films from other artists. Metallica's "The Black Album" was interpreted as music for "The Matrix", and Nirvana's Nevermind disc "perfectly fit" the "Remember" picture.

The scientific basis for the situation with fan and journalistic experiments and conclusions was summed up by Carl Jung long before The Dark Side of the Moon appeared. The psychiatrist pointed out in his writings that the brain is inclined to look for even non-existent connections between phenomena in order to confirm the correctness of a theory in which a person sincerely believes. Otherwise, the gray matter may "burn out." Such is the defensive reaction.

The greatest and best pop singers in the history of music Music history is rich and varied in terms of its faces. It knows many high-profile names that have stood as...
To learn more
Related Articles
Musicians

Best Live Classic Rock Albums - Part Two We adore hundreds of rock bands and artists, but it's the impeccably produced "studio" albums that are the main reason they're so famous. ....
Upload more
Editor's Choice

The best Kazakh performers according to the Fuzz Music magazine

Oddities and phobias of Michael Jackson